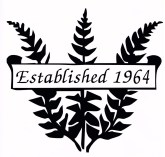 Mission Statement:
The mission of The Coleraine Historical Society is to help people connect with the Township's past in order to understand the present and create a better future.

Purpose of the Society:

The Purpose of the Society is to acquire and preserve the historical knowledge and materials of Colerain Township, Ohio. It will promote and make this history available by every feasible means to as wide an audience as possible.

Founders of the Society:

The Coleraine Historical Society was officially incorporated on November 23, 1964.

In the late 1700s, settlers ventured farther and farther north of the Ohio River along the tributary valleys, building cabins, planting crops, grazing cattle, and creating fort-like settlements called “stations” – the most northerly along the Great Miami was Dunlap’s Station, also called “Coleraine.”

Situated on the great bend of the Great Miami River, just below the bridge to Ross, OH - the earliest settlement was established in 1790 by John Dunlap, a surveyor and native of Coleraine, Ireland.  Historical accounts are not consistent in the name of the settlement. References to the “Village of Coleraine”, “Ft. Coleraine”, and “Ft. Dunlap” (as indicated on the historical marker placed within Heritage Park) can all be found in historical writings. However, the settlement was most commonly referred to as “Dunlap’s Station”; and therefore the Coleraine Historical Society uses that name when identifying the first settlement.

The historic Dunlap's Station Cemetery on East River Road holds the graves of the original settlers and early soldiers, and is near the original site of the first settlement.

In 1794, Coleraine was established as a township. The "e" at the end of Coleraine was dropped sometime later, Americanizing the name to Colerain.

Coleraine, Ireland is a large town and civil parish in Northern Ireland. The area has a long history which dates from approximately 5935 BC, some of the earliest evidence of human settlement in Ireland. The “Tripartite Life of Saint Patrick” records how the town, Coleraine got its name. When St. Patrick arrived in the area, he was received with great honor and hospitality by the local chieftain, Nadslua, who offered him a piece of ground on which to build a church. The spot was next to the river Bann and was overgrown with ferns, which were being burned by some boys to amuse themselves. This incident led to the area being called Cúil Raithin ("nook of ferns"), which was later anglicized as Colrain, Coleraine and Colerain.

From Wikipedia, the free encyclopedia

CHS belongs to the following organizations

For more than 70 years, AASLH has provided leadership and support for its members who preserve and interpret state and local history in order to make the past more meaningful to all Americans.

AASLH is more than just information. It’s a relationship, a family, and a community. No other national association answers the needs of history professionals the way AASLH does. Our services are affordable, comprehensive, and visionary. AASLH is proud to serve all-volunteer run museums, national historical institutions, and everyone in between. We offer diverse programs and services that meet the needs of all our members while progressively advancing the goals and standards of the field of state and local history. History is a calling, and AASLH is where you join others who share that calling.

A Member of the Colerain Chamber of Commerce, CHS is investing in a thriving and dynamic future of Colerain.

As a vital resource to the business community, the vision of the Colerain Chamber is to offer new business contacts and potential customers through Networking. The Chamber of Commerce is a Community Partnership linking business, schools and local government in a network that strengthens and benefits everyone involved.

A Free Membership Card that gives discounts to Members of The Butler County Electric Cooperative (BREC).

The Coleraine Historical Society is located within the service area of BREC. Therefore, CHS has offered a $5 discount off first year of CHS Membership to BREC Members.